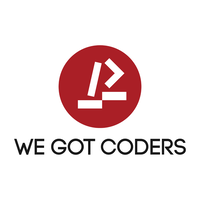 About We Got Coders

We Got Coders Reviews