Compare and choose the best bootcamp for you 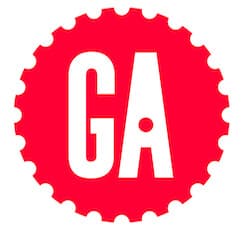 What is General Assembly?

Highlights: Online courses are designed to accommodate a student's schedule, with classes lasting 10-13 weeks. With 30 different campuses and online options, General Assembly supports international networking through an alumni network, connecting graduates across the globe with potential tech careers by working with 19,000+ hiring partners. Course offerings are designed to fulfill best practices and meet market demand. The curriculum is designed by a large team of instructional designers, subject matter experts, and education product managers.

Financing/scholarship options: General Assembly aims to offer payment programs for every type of student. They offer financing options such as installment plans, loans, and a deferred tuition option, and their Social Impact team works with veterans and underrepresented populations to identify potential funding sources and scholarship opportunities.

In addition to coursework, General Assembly offers many networking opportunities such as workshops and events with industry leaders. Big companies that have hired General Assembly graduates include Google, Microsoft, and IBM.

What is App Academy?

App Academy offers both on-campus and online programs. The curriculum is developed with industry leaders from top tech companies, so students learn skills that are valued in the job market. Prospective students can explore coding and if it's right for them through the free resource, App Academy Open.

Financing/scholarship assistance: App Academy is committed to increasing diversity in the tech industry, so their tuition model is based on income. Graduates are not required to pay tuition until they are hired. Additionally, some candidates from underrepresented populations may be awarded deposit assistance; those who opt for the deferred tuition option are still obligated to pay a deposit upfront.

Individuals interested in applying are not required to have previous programming experience. While App Academy requires applicants to pass a coding challenge to be accepted, they also offer a two-week course called JumpStart to help candidates prepare.